Celiac disease is an inherited autoimmune disorder that causes an immune reaction from gluten exposure. This leads to damaged villi in the small intestine and interferes with the bodies ability to digest and absorb nutrients. 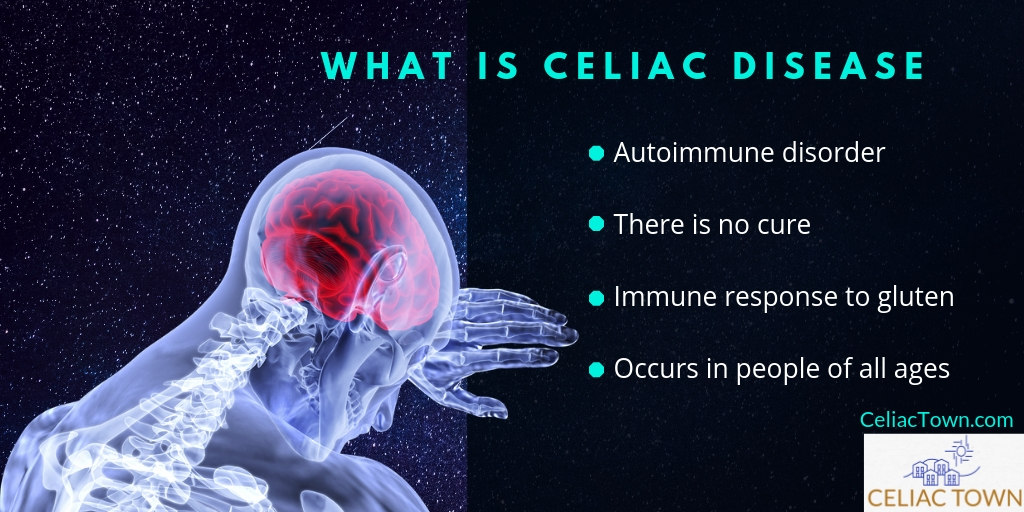 Celiac is an autoimmune disease that causes damage to the small intestine which inhibits the absorption of nutrients.

People with celiac disease experience a systemic autoimmune response when they ingest gluten; a protein found in foods like wheat, barley and rye.

Celiac is a hereditary disorder and the risk of developing celiac disease is increased by having certain genetic variants.

According to the celiac disease foundation; having a parent, child or sibling with celiac means you have a 1 in 10 chance of getting the disease yourself.

To develop celiac disease a person must:

Gluten is the trigger for each harmful autoimmune response in celiac disease.

What Triggers Celiac Disease to Begin

Some people are born with active celiac disease, but many people carry the gene and don’t develop celiac disease for decades until it is triggered by a stressor.

Factors that can trigger the initial onset of celiac disease are stressors like pregnancy, illness, trauma, surgery, menopause, and possibly even viral infections.

How Common Is Celiac Disease

• Celiac can occur in people of all ages and is now frequently being diagnosed later in life.

• The Celiac Disease Foundation estimates that about 1 in 100 people worldwide will develop celiac disease.

• “It is one of the most common lifelong disorders, affecting approximately 1% of the general population.” (Source: ncbi.gov)