What Has Gluten: Is Gluten Sneaking Into Your Diet?

When you suffer from celiac disease or non-celiac gluten intolerance (NCGI), learning what foods contain gluten can be difficult. What has gluten in it is a common question, but the answer isn’t always obvious.

This page goes over some of the less obvious and more hidden sources of gluten in your food. It won’t be focusing on cross contact with gluten, but instead will focus on foods with hidden gluten ingredients. 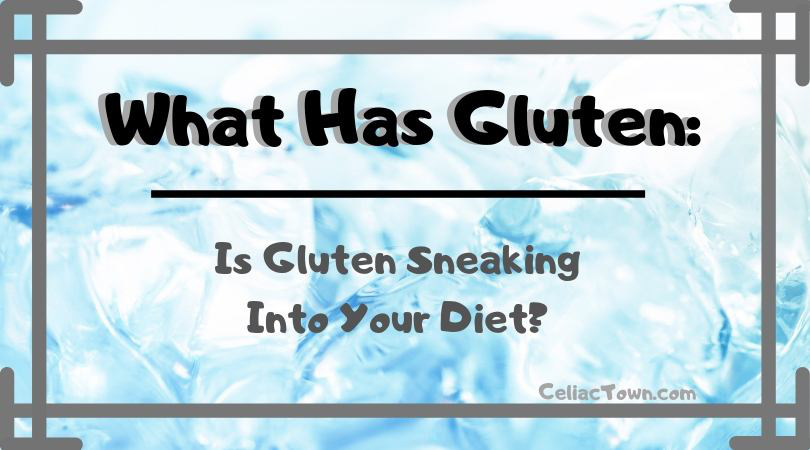 What Has Gluten In It?

Gluten is a protein found in wheat, barley, rye and all their derivatives. Along with being an ingredient gluten is used to bind, thicken, bulk and fill food products. It can also be used for de-clumping and preventing caking in foods.

So what has gluten in it? Well, a lot of things that logically shouldn’t. For example, milkshakes, licorice, sushi and spice mixes can all have hidden gluten ingredients.

After being diagnosed with celiac disease I did a lot of research trying to learn what has gluten in it. My GI doctor didn’t give me any written materials on celiac disease. Instead she told me to go online and become an expert on celiac.

Unfortunately, there were a lot of things I didn’t find online and had to learn the hard way. So I’m making a list of foods with hidden gluten and putting it online.

Most cheeses are naturally gluten free so this hidden source of gluten can really catch a celiac by surprise. Shredded cheeses, string cheese, canisters of parmesan cheese and even blocks of cheese can have gluten added during the manufacturing and packaging process.

Some products have unlisted ingredients used to bulk up their product. Just to be clear, bulking agents are used when companies want to increase profits by giving you less of what you are buying. They still want you to think that you are getting your moneys worth so they bulk up food low cost stuff like bread crumbs or with non food products.

An example of this is American parmesan cheeses which were found to be using wood pulp to bulk up their shredded cheese products. Kraft was called out for it because they label their product 100% Grated Parmesan Cheese, but testing found around 3.8% shredded wood pulp in their product. 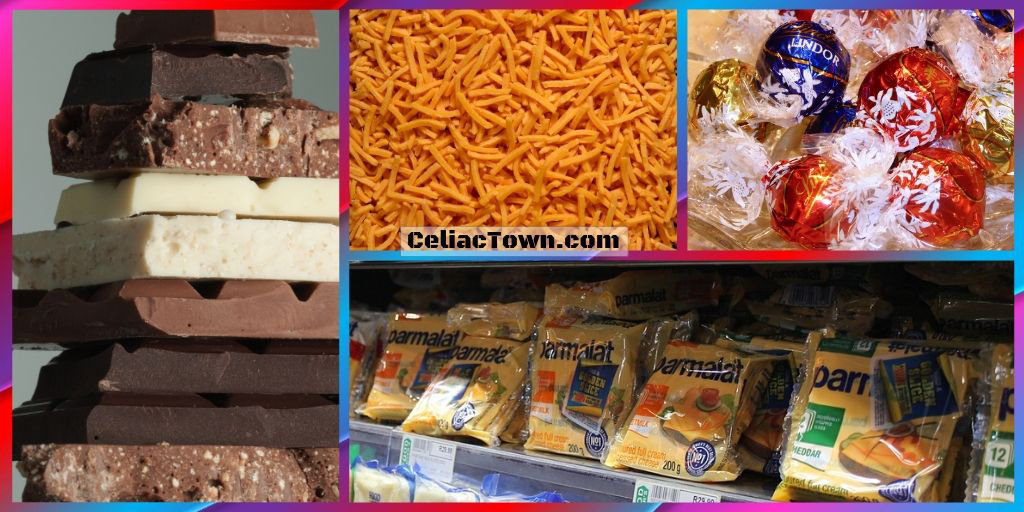 Always check chocolate ingredients for wheat, barley and malt. All of which contain gluten. Chocolate along with candies can have hidden gluten.  Always check each package for the gluten free label around holidays like Halloween because manufacturing can change the normal production lines.

Here are a couple brands with chocolate that is always gluten free: Enjoy Life and Endangered Species. 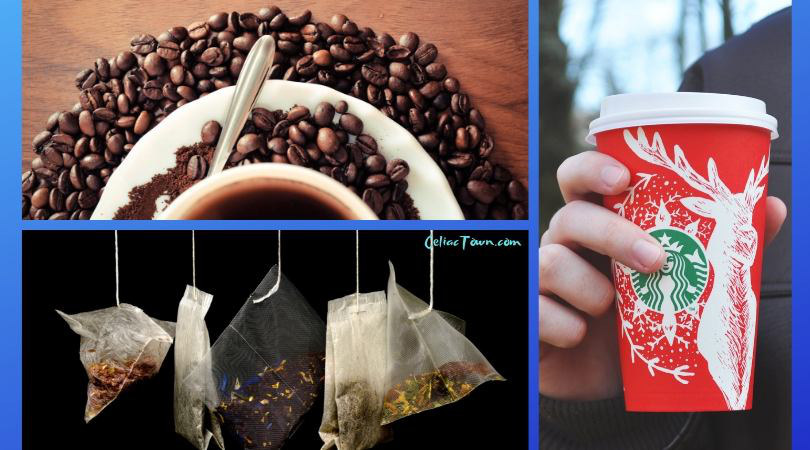 Flavored coffees and teas can be hidden sources of gluten.  When you’re wondering what has gluten in it,  don’t overlook coffee and tea. Instant coffees may use gluten as a bulking agent and flavoring can be a source of gluten in coffee.

Many teas are gluten free, but occasionally sweeteners which contain barley malt are used. I remember a holiday season the flavor Sugar Cookie Sleigh Ride tea was released, and people accidentally got sick. The Sugar Cookie Tea had wheat listed on the ingredients, but after awhile it’s very easy to forget to read every label.

Animal trimmings and organs can be put in hot dogs, but thats not all. Sausages and hot dogs can also have wheat fillers or other forms of wheat mixed into the recipe. Hebrew National has a couple hot dogs labeled gluten free and Applegate is a great brand for gluten free meats. 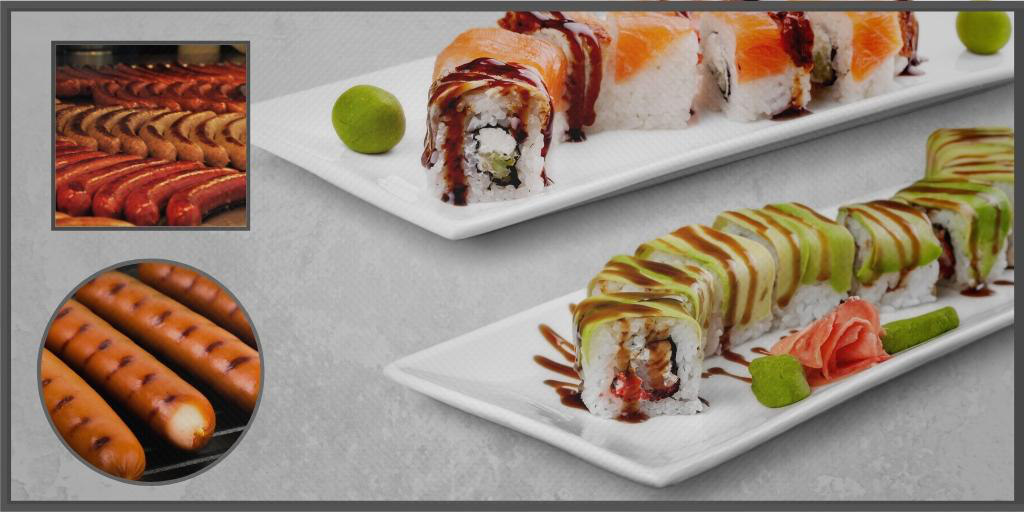 Imitations seafoods and imitation crab are often made from fish, wheat, coloring and flavoring. This includes the imitation crab used in many sushi rolls.

This delicious candy is frequently made from wheat.

It’s very common for homemade and restaurant style meatballs and meatloaf to have breadcrumbs mixed into the recipe. The breadcrumbs can help bind the meat together, improve the overall texture and make them taste great. Unfortunately, they also add hidden gluten to meat dishes.

Raw chicken breast, steaks and meats that are usually safe, can become hidden sources of gluten when they are sold already marinated or seasoned. Anyone with celiac disease or a gluten intolerance should be careful when purchasing these items.

Mustards can have hidden gluten due to malt vinegar or wheat flour used during preparation. Cross contact with gluten can also be a problem during production.  Luckily, there are easy to find brands who now label their mustards gluten free. Mustard flour is basically ground mustard seeds and is not a hidden source of gluten.

Oats have become a big problem for the celiac community. For years, some celiacs swore they were having gluten reactions whenever consuming oats. Now we know why.

Oats are being contaminated by wheat all through manufacturing and processing, starting in the growing fields. Steps are being taken to prevent this cross contamination by companies who are certifying their oats as gluten free. Always buy certified gluten free oats.

Sandwich meats can seem safe, but the natural flavors and seasonings can have hidden gluten. Also, deli counter meats are a risk for cross contact with gluten, but there are safe gluten free meats available from these brands: Boar’s Head and Dietz & Watson.

Wheat flour is frequently added to broths, soups and sauces as a thickener in order to give them a better consistency. Don’t assume sauces or soups are gluten free. Good news for celiacs, Progresso recently came out with a line of gluten free soups that you can probably find at your local grocery store.

Being a vegan celiac just got a little harder. Seitan is a wheat gluten which is frequently used as a meat substitute because of it’s taste and texture. It can be used for items like veggie bacon and veggie burgers.

Over the last decade there has been misinformation going around about how sprouted grains don’t contain gluten. For years there were claims that these products were healthy and safe for everyone.

To this day the Ezekiel website FAQ still says that their sprouting process:

“may explain why so many gluten sensitive people may tolerate sprouted grains.“

This is not true and the sprouting process doesn’t make bread products safe and gluten free for those with celiac disease.

I remember a gluten free friend, who is a great mom, handing me a loaf of Ezekiel bread because she thought it would be a great addition to my celiac diet. She learned about this gluten free bread through church friends and was feeding it to her two children with celiac disease. Everyone said it was safe and healthy for her family. I was horrified!

It actually said wheat gluten in the ingredients. All the misinformation spread by the company kept people buying it anyway. The ingredient list clearly shows a gluten filled bread, but people believe it has less gluten because of the vague promises and the brand’s biblical connection.

To clarify, sprouted grains still contain gluten proteins and are not safe or gluten free.

These are made from wheat and it has been argued they are required to have gluten. There have been low gluten varieties made available along with gluten free wafers.

Couscous doesn’t really qualify as one of the foods with hidden gluten, because it’s not hidden at all. It is a pasta made entirely from wheat. Usually durum wheat. The wheat grains are ground into a course flour called semolina, which is then made into the couscous pasta.

Malt is an ingredient you will often see labeled as barley malt, malt vinegar and malted milkshake. Gluten is found in malt, which is one reason beers are not safe for those with celiac disease. FYI maltodextrin is unrelated to malt and not derived from barley.

A lot of mints and gums are gluten free, but they can have hidden gluten ingredients. Not because the manufacturers are sneaky, because it’s easy to put mints or gum in your mouth and forget to check if they are gluten free.

Any long time celiac will notice it’s challenging to find pickles marked gluten free. Many vinegars are distilled. Distillation removes the gluten protein, making it safe for celiacs. However, malt vinegar is made from barley and is fermented rather than distilled. Malt vinegar can be used in pickling and will have gluten in the finished product.

Eating out is often a risk because of cross contact, but sometimes there are foods with hidden gluten ingredients that you can’t predict. One example is the tendency of diners to pour pancake batter into their eggs and omelets in order to make the eggs more fluffy.

So ordering something simple like scrambled eggs can get you into trouble with gluten. FYI, eggs come out of the shell safe and gluten free.

When reading a menu, what has gluten isn’t always straight forward because the waitstaff don’t always know specific details about how a chef prepares foods.

Seasonings and spice mixes frequently contain gluten. Some even have bread crumbs added to bulk up the product. Beware of gluten declumping, anti-caking or bulking agents in seasonings.

100% pure spices should be gluten free.

Examples of spice mixes are Chinese Five Spice, Jerk Spice, Curry Powder, Chili Powder and Dry Rub. These are all a combination of spices mixed together which makes them higher risk for the use of gluten bulking agents agents.

Other Hidden Sources of Gluten

Most beauty products won’t be ingested and aren’t a problem. However, items like chapstick, lipstick and lotions can end up in your mouth. Wheat and hydrolyzed wheat proteins can be ingredients in beauty items.

Gluten can be used as fillers in medications. It’s usually found in the inactive ingredients and may not be listed. Learning what has gluten can be difficult when it comes to medications. Here is a site maintained by a pharmacist that is arguably the best resource our community has for gluten free medications.

Many dog foods, cat foods and even natural wheat cat litters can contain gluten. Usually washing your hands after feeding the pets is enough to avoid any problems. 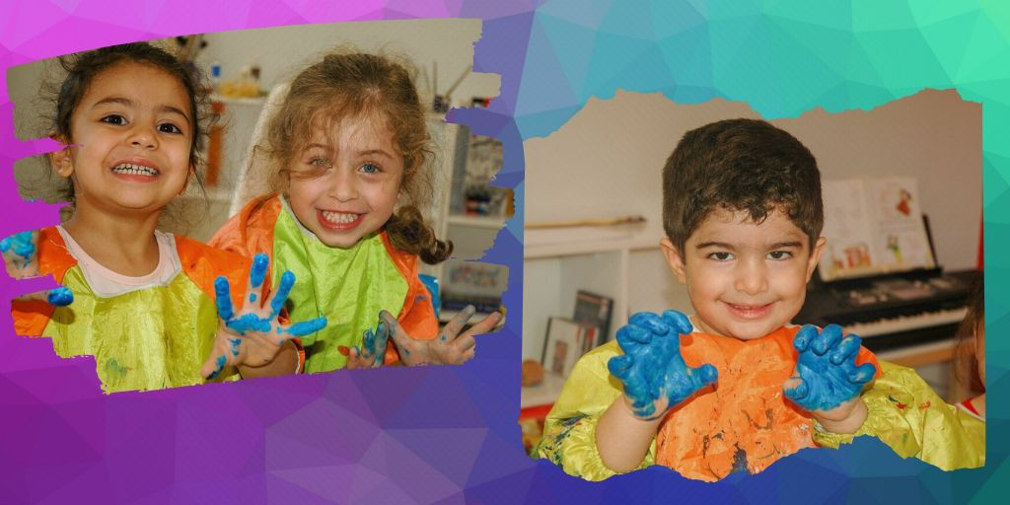 Wheat flour is an ingredient in play-doh and some finger paints. Since kids often put their fingers in their mouth and can even eat toys, they can be a big risk for children with celiac disease. The Crayola Dough line also contains wheat as an ingredient. You can check out which Crayola products contain gluten ingredients here.

Fillers or binding agents can be hidden sources of gluten in vitamins, probiotics and supplements. Determining what has gluten when it comes to supplements can be difficult because research has shown some items marked gluten free have been found to contain gluten.